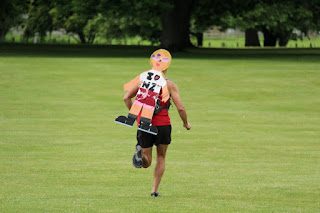 Earlier this week it dawned on me that my 70km Kauri Ultra would coincide with Buddy Day.  Buddy Day is an annual event organised by the ‘not for profit’ charity ‘ChildMatters’. The purpose it is to promote awareness of child abuse in the community by creating a visual reminder through the use of core-flute cut-outs of kids.  Over 335 buddies have been created and distributed to kids across the Waikato to name and decorate.  My Buddy ‘Denise’ was styled by three 11 year old girls from Peachgrove Intermediate and she comes with a diary telling her story and depicting some of the adventures she has been on prior to coming to me.

I am privileged to have Denise for the weekend and have strapped her to my UltraAspire Omega pack which I plan to wear for the duration of the Kauri Ultra.

That’s the shitty end of almost 2000 times a child’s innocence has been stolen by almost 2000 perpetrators.  Reported by almost 2000 people and many more that probably knew or suspected some abuse was going on.  IN THE WAIKATO ALONE. 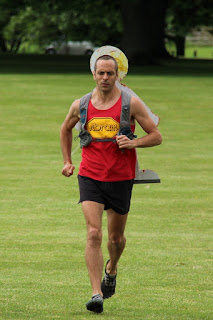 New Zealanders are very proud of our identity in the world, we cheer when Sonny-Bill Carter kicks a goal and the silver fern, national flag and haka all fill me with a huge sense of pride.  Behind every effigy of what it is to be a kiwi though stands one truly horrific statistic that we are world leaders in the abuse of our children.  Each of our kids has a New Zealand made logo and we’re all responsible for everything that represents.
Our report card for child abuse doesn’t read “must try harder”, instead it reads “WHAT THE HELL IS GOING ON????”

You hear the term “it takes a village to raise a child”.  It takes more than a village to keep them safe.  Everyone in the community whether they have kids or not is responsible for the wellbeing of all children.  The crux of buddy day isn’t to wear undies on the outside of your pants and put on a cape then run off and shine light in dark places, it’s about starting the conversation.  The first steps we need to take as adults is to recognize our problem and start talking about it.  If my 70km Buddy ‘Denise’ has started that conversation for you then I’ve made a start but still not done enough.  No one has until we can all watch the 6 o’clock news without shouting at the TV because yet another kid has “fallen out of bed to their death”.
Posted by Unknown at 1:33 PM